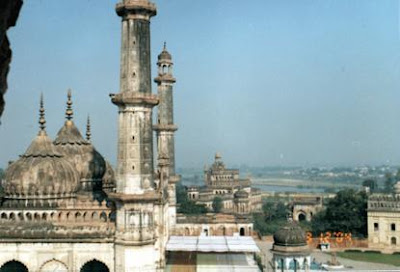 Salam. Two brief passages which caught my attention. The first is the way in which Sh. Abd al-Hayy al-Luknawi started his book ‘Zafar al-Amani. The other is a brief comment rearding Imam al-Mahdi and the issue of ijtihad and madhabs which was alluded to by Sh. al-Yaqubi in his lecture on Imam al-Mahdi in Birmingham a few years back (also from Zafar al-Amani p.541).
***
Introductory Passage to Zafar al-Amani
Sh. al-Luknawi beginning his book said:
.
O One who has made me from the inheritors of the Prophet, I ask you to make me the head of the God fearing. Blessings and peace be upon the Master of the Arabs and non Arabs, the generous and kind, Master of the Messengers and the Chosen. And upon His family and companions, guides for mankind without doubt.
Imam al-Mahdi and Protection from Making Mistakes in Ijtihad
Whilst discussing the issue of immunity (ismah) Sh. al-Luknawi clarifies that he application of this term with regards to Imam al-Mahdi carries a different meaning to when applied to the Prophets (upon them be peace) and the Angels. He said:
.
The term Ismah (immunity) is used to mean protection from making mistakes in Ijtihad only. This was the meaning applied by Sheikh al-Akbar in ‘Al-Futuhat al-Makkiyah’ for Imam al-Mahdi, Muhammad bin Abdullah, whose appearance and dominance has been promised, and is one of the greater signs of the hour, that he is protected (from mistakes in ijtihad). As opposed to the all of the Mujtahids of the previous communities. For in their Ijtihads and analogies there is that which is mistaken and correct, however both of them are not bereft of reward.