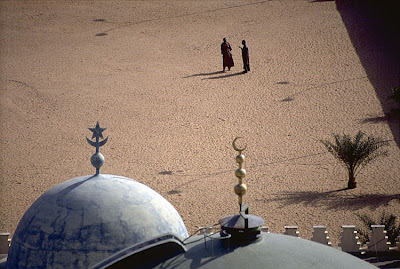 Salam. I remember landing in Amman on a warm September evening back 1998. Apprehensively I was taken to a flat where I would be staying for a weeks and sharing with a brother I was acquainted with but did not really know that well. The next morning I was awoken for the first time by the Adhan drifting over to the flat atop a hill in the al-Jubeihah district from the University Masjid (Jami al-Jamiah) below.
Soon I began to notice that the Adhan that was called had the addition of the Darud at its end. Interested about this addition to the call to prayer we were soon to learn that this practice had been declared to be valid according to the Hanafi scholars. I thought that the following from the ‘Mawsuah’ might be of benefit for those who too may have wished to have some further information on it.

***
Darud After The Adhan
The Shafi and Hanbali scholars are of the view that Darud after the adhan by the Muadhin should be uttered by him silently. See Muntaha al-Iradat (1/130), al-Mughni (1/428) and Mughni al-Muhtaj (1/141).

The Hanafi and Maliki scholars however regard the Darud to be recited aloud after the Adhan to be a good innovation (bidah hasanah).

Sh Ahmad al-Bashishi in his treatise called ‘Tuhfah al-Saniyyah fi Ajwibah al-Asilah al-Mardiyyah’ mentioned that that the first person to add the Salutations and Blessings upon the Prophet (Allah bless Him and give Him peace) after every Adhan upon the minaret was during the time of Sultan al-Mansur Haji Ibn al-Ashraf Shaban, which was in Shaban in the year 791.

It was introduced before this during the time of Sultan Yusuf Salah al-Din bin Ayub, and it was said before the Adhan of Fajr every night in Egypt and the Levant (al-Shaam): Assalamu Alaika Ya Rasulallah. This continued till the year 777.

There was an order to add to it by Salah al-Din al-Barlasi so that it be said: Assalatu Wassalamu Alaika Ya Rasulallah. This was then added to the end of every Adhan in the year 791. See Hashiyah Ibn Abidin (1/261) and al-Dusuqi (1/193)

Evidences and Sh Abu Bakr al-Mulla
In brief the scholars that argue that it is permissible to recite aloud the Darud after the Adhan mention that the hadith which encourages darud does not mention whether it be aloud or silently, the matter therefore has some leeway, and due to a lack of a prohibiting evidence (in their view) it is acceptable to do so.

Likewise I asked Sh Yahya al-Mulla about the loud recital of Darud after the Adhan during a lesson, he mentioned that Sh Abu Bakr al-Mulla issued a legal verdict (fatwa) mentioning that the practice was permissible. (The Sheikh used the words ‘La Bas Bihi’, and the context of the answer indicated to the practice being permitted even thought the term ‘La Bas Bihi’ can denote ‘Karahah’ in some contexts whilst at other times used to refer to something which is desirable.)
***