Before You Listen to a Lecture on Imam al-Mahdi 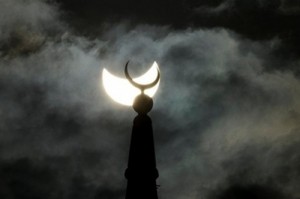 The topic of Imam al-Mahdi is one which naturally attracts the interest of concerned Muslims, not least in the times that we live in.    There is no doubt that belief in Imam Mahdi (Alaihi Salam) is part of our Sunni beliefs, however a more than normal interest in elusive information regarding the Imam’s appearance can be of concern.

Those afflicted with an obsession with secretive information regarding the Imam’s appearance should apply a couple of principles to any lectures or lessons they hear regarding this topic, which can be summarized as follows:

Thus with the combination of both weak or forged narrations and Kashf/Ilham a picture may be presented of the scenario at the end of times which is far from certain, the problem however the audience believes it to be an authentic relaying of how events will play out.  What then happens to the faith of believers if events unfold differently in reality, which is a realistic possibility?

The above points were brilliantly pointed out centuries ago by the great Indian hadith master Imam Ali al-Muttaqi, author one of the largest hadith collections of Sunni Islam, the Kanz al-Ummal.   His work on Imam al-Mahdi entitled Al-Burhan fi Alamat Mahdi Akhir al-Zaman is a collection of hadith on the topic of Imam al-Mahdi based primarily on Imam al-Suyuti’s work (printed in his Al-Hawi lil Fatawa).  Note: Imam al-Muttaqi however does not analyse the authenticity nor grade the narrations he has presented in his work.

Imam al-Muttaqi discusses in the preface of his work on Imam al-Mahdi (Alaihi Salam) a scholar in India who mistakenly made a claim of being the Mahdi.  He points out the root cause of this scholar and his followers misguidance was: 1.  Not understanding that a Wali can be wrong, as can his Kashf and Ilham. 2. Lack of knowledge of the hadith regarding the topic of the Mahdi.

In his work he says the following:

Ustadh Abul Qasim al-Qushayri and Imam Izz al-Din bin Abd al-Salam and other than them (Allah be pleased with them all) have said:  A murid should not have the belief that the Mashaikh are divinely protected from mistakes and errors.

Shaykh Abul Hasan al-Shadhili (Allah be pleased with him) said:  Allah Most High has guaranteed divine protection (from error) for the Book and the Sunnah, whereas there is no such guarantee for Kashf and Ilham.

It is known to the people of truth that many of the Mashaikh (Allah be pleased with all of them) who were of enlightened spiritual ranks (maqamat al-saniyyah) and lofty miracles – whom the people, both the elite and common man have been in agreement regarding their virtue, nobility and uprightness of their way – have laid claims to be the Mahdi.  Their description did not correspond with that which has been transmitted regarding the Mahdi in the Prophetic narrations and reports of the companions and Tabieen (Allah be pleased with them all).

There is a group in India which has become numerous which holds the belief that a noble person born in India, his name being Al-Sayyid Muhammad bin Sayyid Khan al-Jaunpuri, who died (Allah have mercy on him) at around the age of 40, was the promised Mahdi who would emerge at the end of time.  His attributes did not correspond that which is related in the Prophetic narrations and reports from the companions and Tabieen (Allah be pleased with them all) regarding the promised Mahdi.  I saw that their belief in this matter was due to two reasons:

A Prophet is divinely protected from sin (Masum), however a Wali is not so but rather is Mahfuz, meaning it is possible for a Wali to make a mistake and error, however he does not persist on it, as was stated by the author of Qawaid al-Tariqah.

In his book it is mentioned:  A Wali remains a Wali even if he commits a crime demanding a Hadd punishment which is applied on him, as long as he does not reach the level of being a Fasiq which is by habitually committing this sin.  The outward ruling of Wilayah is negated for him as related [in a hadith]:  “Do not curse him for he loves Allah and His Messenger.”

The Second reason:  The belief of this group in this matter due to their not understanding principles of knowledge and having knowledge of the corpus of Prophetic narrations.  For I myself in the beginning of my matter was seeking to verify the belief of this group and accompanied them for some time.  I did not verify anything in this matter even when I travelled in India and discussed with its scholars regarding this matter. However when Allah Most High destined for me to travel to the the Two Noble Sanctuaries (Haramain) and I busied myself for ten years in the study of hadith and discussing with expert scholars regarding this matter, Allah Most High gave me understanding of the falsehood of the belief of this group, and All Praise and thanks are due to Him, and He is Most Knowledgeable of those who are rightly guided.

We ask Allah Most High for protection from deviation, misguidance and oppression.