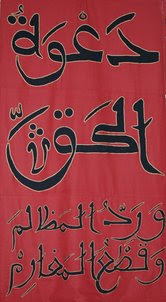 Salam. I came across the following interesting discussion related to the topic of dawah, a matter which is of particular concern to many in the West. Both for those who work within Muslim and non Muslim communities.
***
Definitions
Preaching: It is to remind with good with that to which the heart softens towards.
[Al-Tarifat of al-Jurjani]
Legal Rulings
An examination of the statements of the jurists (fuqaha) shows that the basis of preaching is that it is a desirable (mustahab) act.
Imam al-Haskafi said: Reminding on the pulpits and taking heed of advice is the sunnah of the Prophets and Messengers
[Al-Dur al-Mukhtar (6/421)]
It is mentioned in the Fatawa al-Hindiyyah that: It is not permitted for a preacher to ask people for anything in his gathering for preaching, as it will be regarded as obtaining the dunya via the means of knowledge.
[Al-Fatawa al-Hindiyyah (5/319)]
Qualities of a Preacher/Daee
Nawab Siddiq Hasan Khan, the scholarly ruler of Bhopal in his work ‘Abjad al-Ulum'(2/536) outlines the following necessary qualities of a preacher/daee:
-That he be a responsible adult
-That he be upright
-That he be a muhaddith: What is meant by this is one who is familiar with the books of hadith. He can read them and understand their meanings, knows of the sound narrations and the discarded ones, whether this is by the knowledge imparted by a Hafidh or understanding of a Jurist (faqih).
-That he be a mufassir: What is meant is that one is familiar with the explanation of meanings of the words of the Quran, and that which is reported from the early Muslims regarding them. Along with this it is desirable that he be eloquent, addressing the people at the level of their understanding. Along with this being gentle and a person of high moral character.
-That he not be in a financially difficult situation
***
Extracted and adapted from the ‘Mawsuah al-Kuwaitiyyah’