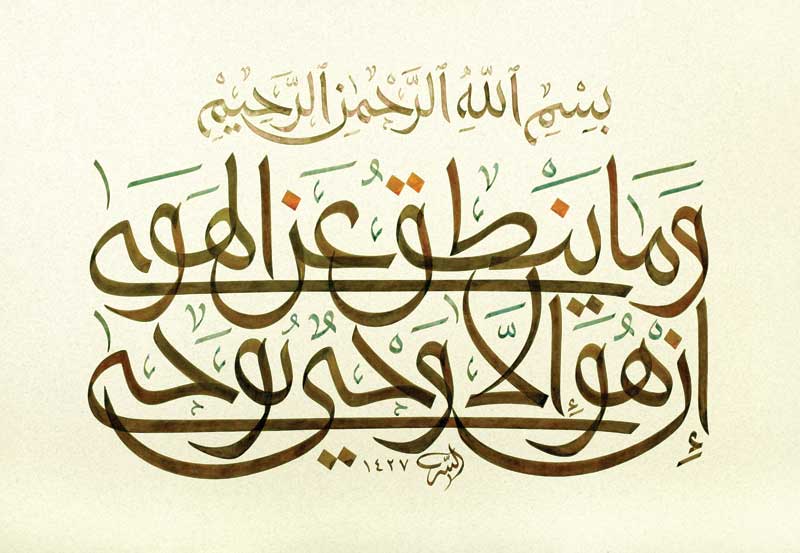 Salam, I came across Imam al-Bayjuri’s beneficial commentary of the ‘Burdah’ last night, and finding myself finally having some time for myself today without being mentally exhausted I thought I would share some of it with those readers who pass by this blog.  I have left the linguistic and deeper theological discussions out of this extract.  Please drop me a line if you would like to see more, we ask Allah (Most High) to enable us to benefit more from this commentary and the ‘Burdah”.  The verses commented upon are [South African translation]:

Imam Ibrahim al-Bajuri wrote in his commentary of the ‘Burdah’ (p.133):

His words: “O my soul do not become despondent…” When the author feared from his soul despondency from the mercy of Allah (Most High) due to intense fear he turned towards it addressing it and affirming his hope, comforting it with the immense kindness of his lord.

His words “Do not become despondent” meaning do not despair

His words “due to your grievous sins” meaning due to a sin which has become great, الزلة is a sin

His words “Verily major sins when pardoned are minor” meaning that O soul, the great sins which you committed in relation to mercy are like minor sins.  الكبائر are major sins and اللمم are minor sins.  It is known that He (Most High) forgives the minor sins and likewise the major, He (Most High) said:  “Indeed Allah does not forgive that partners are associated with Him, but He forgives other than this for whom He pleases”.[1]

The words of the author: “Verily major sins when pardoned are minor” are a rebuttal of those who claim that the major sins are not like the minor sins, such as the Mutazilites, for they say the major sins will not be forgiven, rather the perpetrator will remain in the hellfire because he is neither a believer nor a disbeliever. Rather they say it is a station between these two stations (heaven and hell), and he will be punished with a punishment lighter than that of unbelievers punishment.

The truth is the madhab of Ahl al-Sunnah that the major sins are like the minor sins in terms of forgiveness which is in accordance with the Quran, Sunnah and rational proof because He (Most High) is not obliged to reward nor is it necessary upon Him to punish.  Reward is from His kindness and punishment is from His justice.  He is not questioned about what He does rather they (the creation) are questioned.

His words: “Perhaps the mercy of my Lord” When the author forbade his soul from despairing, as if she said to him: ‘I do not despair however I fear that my share of mercy will not be proportionate to my sins which I have committed’.  He replied to her with his words: “Perhaps the mercy of my Lord” meaning I hope that the mercy of my Lord will come in proportion when it is divided between the sinners in proportion to their sins.  So he who carries a great burden of sins will attain a large amount of mercy.  And he who carries a small amount of sin will attain a small amount of mercy.  What is meant is the mercy which will encompass the sinners and not the general mercy which also encompasses the obedient.

Note:  Text of the ‘Burdah’ above is in bold.  The calligraphy is that of Taj al-Sirr Hasan