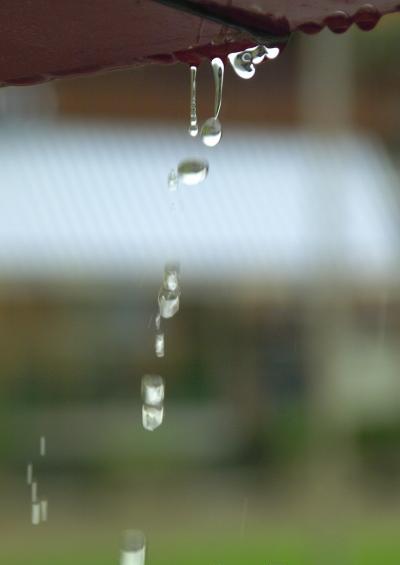 Salam.  My friend from the Reunion Islands who gifted me a copy of the ‘Awjaz al-Masalik’ is still slowly making preparations for his journey  to Tarim (Hadramawt) to further his studies.  Thus far in addition to Tarim he has been fortunate enough to study in Jordan and South Africa, aswell as his native Reunion Islands.  He has requested peoples prayers for the final hurdles to be negotiated with tawfiq and taysir.

In relation to his plans the following is some commentary from the Awjaz regarding the seeking of knowledge which is relevant to this brothers upcoming journey, those who find it of use are once again reminded to remember this brother in their supplications.  I remember mentioning the contents of this commentary to him several years ago before he left for study in Tarim for a second time, but only now have had the opportunity to present what we briefly discussed several years ago in an organised way.

The text of the hadith in the ‘Muwatta’ of Imam Malik is as follows:

The author of the ‘Awjaz al-Masalik’, Mawlana Zakariyyah al-Kandehlawi mentions in his commentary the following (17/620-623):

That Which is Related Regarding the Seeking Of Knowledge
There are numerous verses related in the Quran al-Azim,  and well known narrations in the books of hadith  regarding the virtue of knowledge, but the Imam did not  mention anything from them but rather cited  the words of Luqman the Wise.  This is a  subtle indication to the shortest route and  easiest for seeking (knowledge).  For knowledge just as it increases  by sitting with the scholars, discussing and researching  with them,  is not attained by the perusing  of books nor their study.  As the virtues were well known in the Quran and Hadith the author  pointed out to the shortest of routes for their attainment.

[Commentary:]
Malik that it reached him– its being connected (to the  Prophet Allah bless him and give him peace) is at the  end of the hadith- that Luqman al-Hakim– the well known,  some of whose counsels are mentioned in the Quran al- Majid- counselled his son,-al-Suhaili said:  His names  is Baran…and it is said it has a ‘d’ at its beginning, and it is  said his name is: Anam, and it is said: Shakur, and it  is said: Babuli as in ‘al-Fath’.  Al-Zarqani mentioned  its like from ‘al-Fath’ and mentioned in it Bar instead  of Baran, and Aslam in place of Babuli- and said:, “My  son! Sit with the learned men and keep close to them.- With the imperative form in both instances…al- Baji said:  He means proximity to them by sitting with  them until he takes them by their hands and learns  from their wisdom, and that he does not miss from their  words that what he would miss when being at a distance  from them, even though he may be sitting with them.

He  said in ‘al-Mustakhrijah’ with a report with the wording:  ‘Keep close to them’: Perhaps mercy descends upon them,  and reaches you  along with them.  Do not sit with  the evil doers (fujjar) in case that displeasure  (sakhtah) descends upon them and afflicts you  along with them.  Al-Baji said:  The sitting with the  scholars if it is an act of worship (qurbah) then it  will be in two ways:  The first of them is one who is  unable to learn knowledge, for he sits with them seeking  blessings by their company, inclining towards them and  out of love of them.  And perhaps there occurs in there speech that which he is in need of, so his need of it makes him reflect over it and preserve it and consider it carefully until he understands it.  Perhaps he asks them regarding  an issue which he must know, and he takes it from them.   As for the one whom is able to learn knowledge, and is blessed with help for it and  desire for its study, then he sits with them to take  from them and learn from their knowledge.

– Indeed Allah–  Blessed and Most High- gives life to the hearts with the  light of wisdom– it is the realisation of knowledge and  precision in action.  It is reported from Qatadah  regarding His (Most High’s) words: ‘And we gave Luqman  wisdom’ He said:  Understanding in the religion. And al -Nawawi said:  There are many opinions regading it, the  most obvious of them is that it  is knowledge consisting of gnosis of Allah (Most High)  along with penetrating insight, refinement of the self,  verification of the truth for action and avoiding (kaff) of  its opposite.  The wise one (Hakim) possesses these as  in ‘al-Zarqani’.

Al-Hafidh said regarding His (Allah bless him and give  him peace) prayer for Ibn Abbas: ‘O Allah teach him  wisdom’:  The commentators have differed over what is  meant by it here:  It is said: the Quran, it is said:  acting upon it, it is said: the sunnah, it is said:  being correct in view, it is said: fear, it is said:   understanding of Allah, it is said: intellect, it is  said: that which the intellect deems to be correct, it  is said: light which differentiates between inspiration  (ilham) and whispering, and it is said: promptness of  reply along with correctness.  Some of these views were  metioned by the people of Tafsir in the explanation of  os His words ‘And we gave Luqman wisdom’.  Al-Baji said:   his words:  Allah (Most High) gives life means its  being given life by faith, humility (khushu) and  obedience to Allah (عز و جل)…

as Allah -Blessed and Most High – gives life to the  dead earth – description of the earth- with the abundant  rain of the sky.” – in the Indian editions the word sky  is not present, but it is meant, as the rain is from  it…
Al-Zarqani said:  It (wabil) is the light rain.  And in  ‘al-Muhalla’: rain with large drops, al-Raghib said:  Wabal and Wabil:  Rain with heavy drops…

Al-Baji said:  He means that the light of wisdom makes  the heart full of life after it was dead because of  disobedience.  Just as the rain from the heavens which  is plentiful, its drops bring the earth to life with  vegetation and lushness after its barreness (lit.death).

Al-Zarqani said:  This report (balagh) was reported by  al-Tabarani in ‘al-Kabir’ from Abu Umamah who said:  The  Messenger of Allah (Allah bless him and give him peace):   ‘Luqman said to his son:  My son, sit with the scholars! and listen to the words of the wise.  For indeed Allah  (Most High) gives life to the dead heart with the light  of wisdom, just as He gives life to the dead earth with  the rain’.  Al-Mundhiri said:  al-Tirmidhi graded this  chain as Hasan other than this hadith, and perhaps it is  Mawquf.

And from al-Tabarani and al-Askari from Abu Juhayfah is  its raised version: ‘Sit with the scholars, ask the  seniors (al-Kubara) and mix with the wise’.  And from  Ibn Abbas it is said:  ‘O Messenger of Allah, who should  we sit with? or it was said:  Which of our companions  are best?  He replied: The one who reminds you of Allah  when you see him,  his speech increases you in  knowledge, and his action reminds you of the hereafter’.

And from Ibn Uyaynah it was said to Isa (Upon him be  peace):  ‘O spirit of Allah who should we sit with?  He  replied:  The one whose speech increases you in  knowledge, and seeing him reminds you of Allah, and his  action encourages you towards to the next world.’  both  of them were reported by al-Askari.

And in ‘al-Dur’:  Abdullah narrates in his ‘Zawaid’ from  Abd al-Wahab bin Bakht al-Makki said, Luqman said to his  son:  ‘My son, sit with the scholars, and keep close to  them, for indeed Allah gives life to the dead hearts  with the light of wisdom, just as he give life to the  dead earth with the rain from the heavens’.