Growing up we were taught to respect and honour the Quran. It was at university where I first encountered Muslims who questioned the basis of such forms of reverence and respect and whether they had a basis in the Quran and Sunnah. The end result was raising doubts in my mind that these were Indo-Pak cultural practices which were baseless innovations.

It transpires that these forms of reverence that we were taught – and by the grace of God still practice – were part and parcel of Sunni Islam, being in accordance with the Hanbali school! 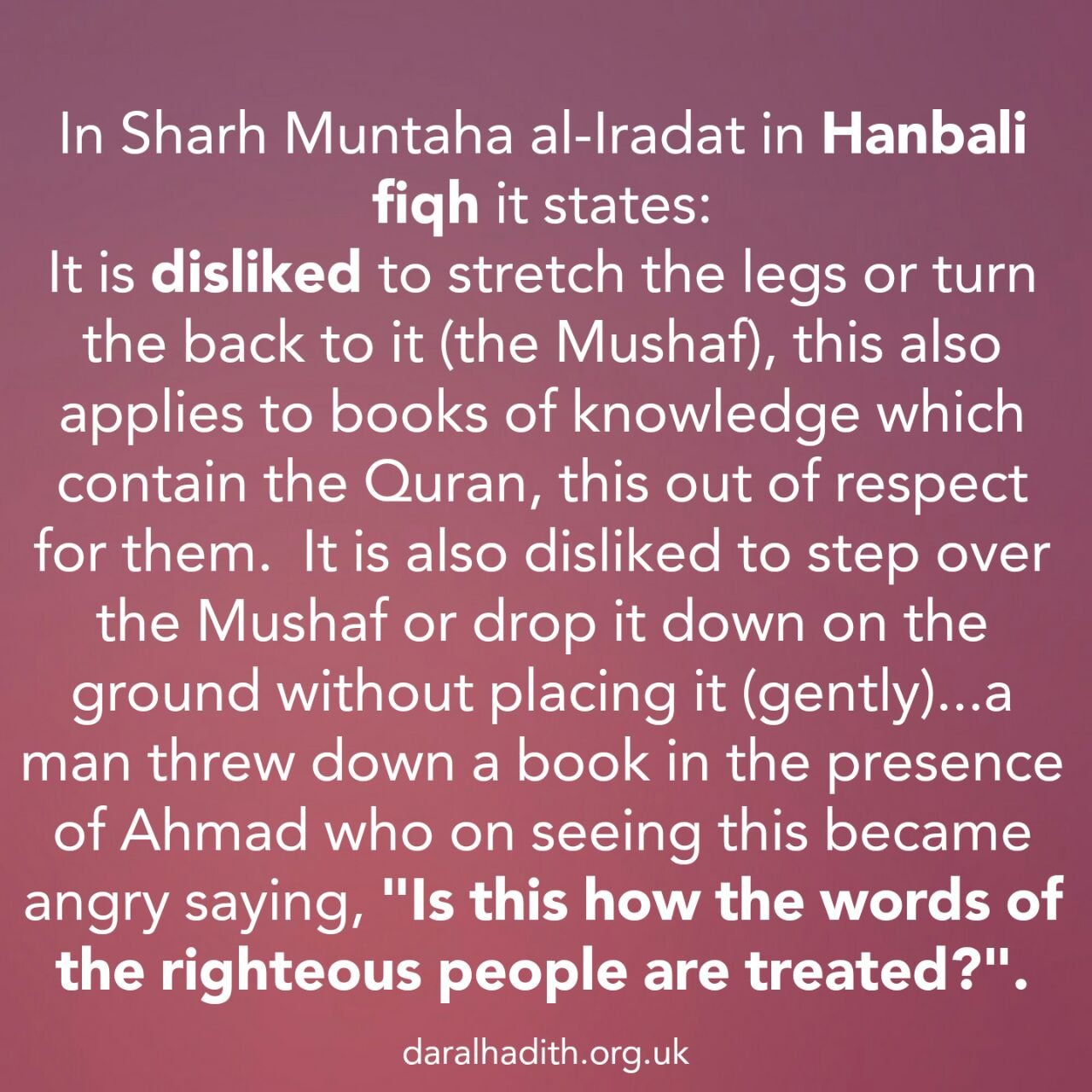