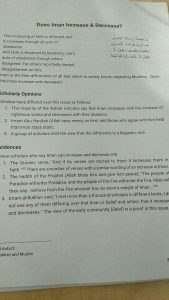 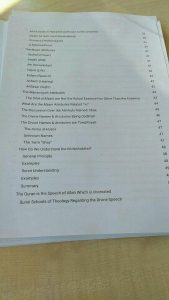 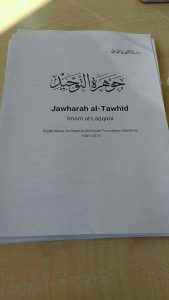 By the grace of God we began the teaching of the Jawharat al-Tawhid text on Aqidah (theology) with the Karima students at the beginning of this academic year (September 2019).

For those unaware, the Jawharat al-Tawhid text is a poem on orthodox Sunni beliefs which has been accepted across the Sunni Muslim world for centuries and is part of the Al-Azhar curriculum.  It is currently taught at the Secondary school level and all Azhar students are examined on its contents.

A set of notes were drafted for the students which will be reviewed and shared – God willing – in the future.  As for the approach taken in these notes:  an emphasis was placed on conveying the intent of the author in the simplest way possible, taking care to mention the evidences from the Quran and Sunnah were possible.

These set of notes relied heavily on the work Mukhtasar al-Mufid Sharh Jawharah al-Tawhid by former Mufti of the Jordanian Armed Forces: Shaykh Nuh Ali Salman (God have mercy on him).