Mawlid And The Scholars Of India 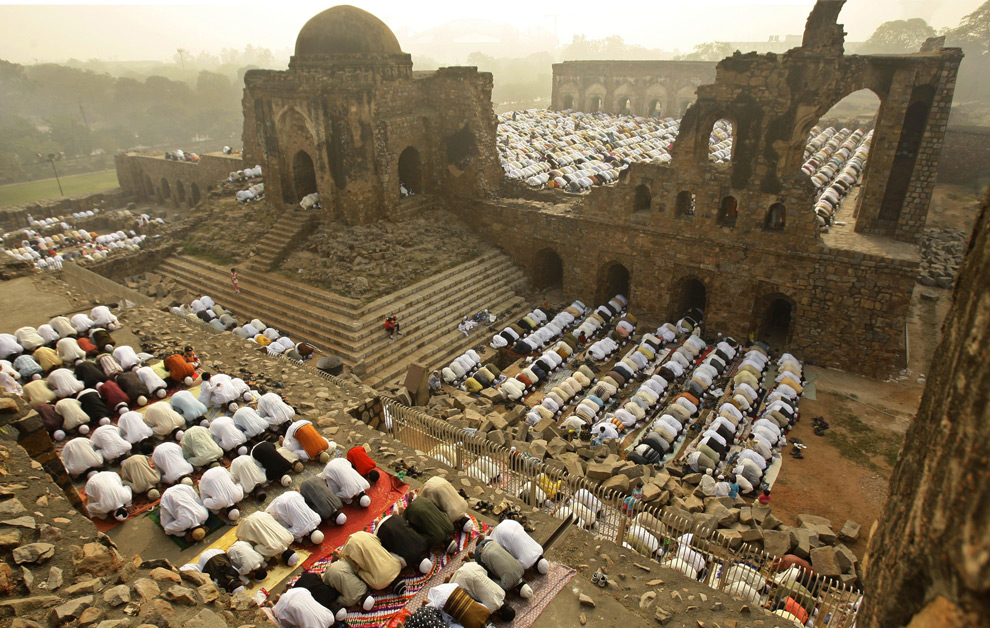 Salam.  Some of you may question the need for posting on this issue, but as some of you may have deduced, this blog is a product of my experiences and time to time discusses issues which have I have directly encountered, and spent much time searching for information on.  Therefore this post is specifically aimed at those who may be in a similar situation I found myself in many years ago when first confronted by the range of groups trying to convince me they were upon the ‘haq’.

Going Home And Arguing:  How many a young person comes from a family or community which celebrate the Mawlid, then starts to practise  their deen more seriously and sooner or later encounters groups which label it as an innovation.  I won’t go into details about it being an innovation etc, what I would like to address are the groups who vehemently attempt to portray the scholars of India (whom all hanafi’s respect) as having been anti Mawlid.  On research what we found was that the reality was actually the exact opposite.  Our Akabir were clearly in favour of the Mawlid, saw nothing wrong with it, and celebrated it.  What is also clear is that these gatherings of Mawlid which were overseen by the ulema continued to take place up till our time without any kind of transgression of the shariah taking place within them. What is even worse is that these young people then end up arguing and fighting with their families over this issue or feeling hatred towards others based on the inaccurate information fed to them.  And to Allah is our complaint.

Desperately Defending: The fanaticism of the anti Mawlid grouping from the subcontinent, and the puzzling delight they take in trying to defend their minority position of it being impermissible can unfortunately be witnessed in various forms of the media.  Scholars who normally research issues by quoting the major reference sources for Sunni Islam, when confronted with the mawlid suddenly abandon this approach and instead resort to simplistic arguments and frantically search for quotes from any scholars they can find to support their argument, even if it means conveniently ignoring the masses of opinions which argue for the permissibility of the mawlid.

Different Places Different Methods: A gathering of Mawlid broken down to its simplest components is a gathering wherein the life of the Messenger (Allah bless him and give him peace) is discussed.  No group will argue about the excellence of such an act.  Different places of the Muslim world have different methods of celebrating.  Some may wish to have a ‘sober’ event where the qiyam (standing) may not take place and where acts such as processions through town centres would be frowned upon and not preferred.  This is a way of some of the ulema who who celebrate the mawlid and do not necessarily believe in the excesses of some celebrations.  What can be said is that there are numerous gatherings of Mawlid in the UK (for example) wherein only men attend, there is recitation of Quran, Naats, speeches, a Dua and then food.

Change The Name (As Done in Madinah): I was fortunate to attend a well known weekly Mawlid in Madinah in Rabi al-Awwal a few years ago.  On the outside of the enterance was a sign saying something like ‘Majlis Sirah al-Nabawiyyah’ why?  I guess if they had written the word mawlid people would have objected, however the exact same gathering but with a different name is seen as being no problem.  Many a mawlid gathering if  labelled as a ‘Sirah Conference’ or ‘Majlis al-Sirah’ , and opponents of the mawlid were to attend would find nothing wrong with it.

I now leave readers with the views of the Akabir of the Akabir, those whom we follow and are indebted to for their service of the deen in the Indian subcontinent.

Imam al-Rabbani: Sheikh Ahmad al-Sirhindi (971-1034)
[Note:  We are still trying to find out the accuracy of the quote below,it was mentioned in a couple of works and attributed to the Sheikh, once fully verified we will make the necessary changes Insha-Allah] Often misquoted, research shows was that he was not against the Mawlid at all, but only certain mawlids with specific actions incorporated into them.  As for the rather puzzling citation of the Imam’s views on bidah hasanah, it is sufficient to note that he does believe in bidah hasanah (though he may not call it such).  If not where in the corpus of hadith is the specific mention and instruction of the dhikr of the lataif, nafi wal-ithbat, muraqabah etc which he taught his students?  He said in in his ‘Maktubat’ (Daftar Sawm, letter: 72):

What harm is there in the recitation of the Quran, poems and euologies with a beautiful voice?  What is forbidden is the corrupting and altering of the letters of the Quran, and modulating the voice with singing tunes and clapping which are also forbidden with poetry.  If the Mawlid is recited such that the Quranic words are not corrupted, and poetry is recited in which the aforementioned (impermissible) matters are not present, then which matter makes it forbidden?

The people of Islam still continue to celebrate the month of his (Allah bless him and give him peace) birth and organise feasts, giving charity during its nights with different types of charities and express happiness.  They increase in acts of piety and pay attention to reciting the events of his noble birth…That which has been experienced from its special qualities is that it is a means of safety for that year, and gladtidings for the prompt fulfilling of aims and desires.  May Allah have mercy on a person who takes the night of the month of his birth as an Eid…

Shah Abd al-Rahim al-Dehlawi (1054-1131)
It was mentioned regarding the father of the illustrious Shah Waliullah in  his ‘Dur al-Thamin fi Mubashirat Nabi al-Amin’ (p.40) that his father said:

Shah Waliullah al-Dehlawi (1114-1174)
A scholar which all of the hanafi’s of the subcontinent ascribe themselves to, describing his stay in Makkah, he said in ‘Fuyud al-Haramain’ (p.80,81):

Before this I was in Makkah al-Muazzamah during the Mawlid al-Nabi (Allah bless him and give him peace) on the day of his birth.  The people were sending blessings upon the Prophet (Allah bless him and give him peace) and mentioning the miraculous events which took place during his birth, and that which was witnessed before his being sent.  I then saw lights suddenly emanating.
I do not say I witnessed them with bodily sight, nor do I say I witnessed them with the sight of the soul only, Allah knows best which of the two it was.  I examined these lights and I found them to be from the angels who are made responsible for these events and gatherings.  And I saw that light of the angels was accompanied by the the lights of mercy aswell.

The people of the Haramain, Basrah, Shaam, Yemen and other countries on seeing the moon of Rabi al-Awwal express happiness and hold gatherings of Mawlid and perform righteous acts, and take care in the recitation and hearing of the birth (milad).  In these countries apart from Rabi al-Awwal in other months there are gatherings of Mawlid.  There should not be the belief that the noble Mawlid should only be in the month of Rabi al-Awwal, if so there will be reward, otherwise not.

The blessed Mawlid is practised by all of the people of the Haramain, this is a sufficient proof for us.  How can the rememberance of the Messenger [Hazrat Risalat Panah] Allah bless him and give him peace be censured?!  However the excesses of people which they have invented should be avoided.  As for the standing (qiyam) I do not say anything, yes, I experience a state in the standing (qiyam).

The approach/view (mashrab) of the needy one (faqir) is that I participate in it, rather I hold it to be a means of blessings and organise it each year and experience a pleasure in the standing (qiyam).