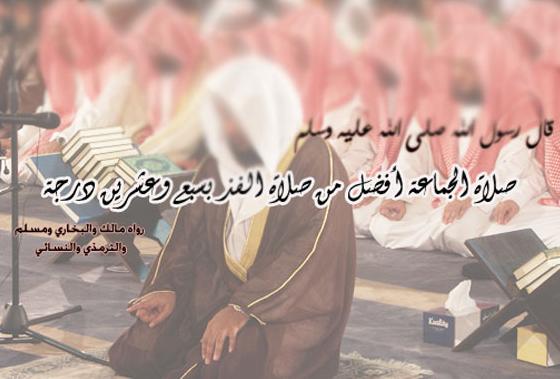 Salam.  A reminder for me and perhaps others to shake off our laziness and make an effort to offer the prayer in congregation.  We have all heard of its virtues, but sometimes can resort to finding excuses not to do so, which includes grabbing on to the rulings cited in works of fiqh for those who can be excused from offering the prayer in congregation.  Imam al-Dhahabi mentioned in his entry for al-Qawariri in his ‘al-Siyar’ (11/442-446):

Al-Baghawi said:  I heard Ubaidullah al-Qawariri say:  I would not miss the Isha prayer (al-Atamah) in congregation.  I was visited by a guest and I was busied with him.  I went out seeking the prayer with the tribes of Basra but I found that the people had offered their prayers.  I said to myself that it is reported from the Prophet (Allah bless him and give him peace) that he said: ‘The congregational prayer is more virtuous than the prayer offered alone by 20 degrees’ and it is reported ’25 degrees’ and ’27’.  I returned back to my home and offered the Isha prayer 27 times and then slept and dreamt that I was with a group mounted on horses, I was mounted and we were racing, their horses were ahead of mine, and I struck my horse to catch up with them.  The last of them (the group of riders in front of me) turned towards me and said: ‘Do not exert your horse as you will not catch up with us’.
I said: ‘Why?’
He replied: ‘Because we offered the Isha prayer in congregation’.