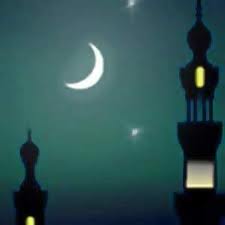 Please find below extracts regarding fasting from an on-going translation project which we hope to complete in the near future inshAllah.  The text called Shir’ah al-Islam, by Allamah Muhammad bin Abi Bakr al-Samarqandi, a respected scholar of the Hanafi school.  The text covers the Sunnahs related to various aspects of a Muslims life, and has been printed with an excellent commentary by Sayyid Ali-Zadah which further elaborates on the points mentioned by the author.  We hope the passage below is of some benefit for the month of Ramadan which is fast approaching.

Section: On the Virtues of Fasting and its Sunnahs

Fasting for Allah (Most High) is a shield from the hellfire, a door of worship, zakat of the body and lessens arrogance and lust.  It increases piety, makes the scales of deeds heavy…makes the traversing of the bridge (Sirat) easy and makes the body healthy.  It illuminates the heart and intellect.

From its sunnahs is that a person intends to fast at night, intending by means of it to conquer his ego which orders to evil, and to cut off its evil desires.

He should not engage in false and vile speech and leaves all that which does not concern him.  He refrains listening to that which is detested.  He neither swears at anyone nor fights them.  If someone disputes with him he says: ‘I am fasting’.

He should adopt tranquility, reverence, piety and silence.  If anyone confronts him with that which he dislikes he says to him, ‘Peace be upon you (Salam Alaykum) I am fasting’.

He should not engage in that which might result in the invalidating of the fast, such as the bathing house, cupping, physical contact, kissing and looking at women.

From the Sunnahs of the month of fasting is to prepare for it from the month of Shaban, by repenting (tawbah), leaving bad actions, making up with enemies, seeking forgiveness for any acts of oppression, rejecting any causes distracting one from doing acts of goodness, making a good intention for doing acts of good and to dedicating oneself to good actions.

From the Sunnah is to search for the new moon of Ramadan at night on the last night of Shaban, desiring acts of goodness, the remembrance of Allah and obedience.  If he sees the new moon he makes takbir and tahlil and then says

أمنت بالله الذي خلقك  (A new moon of goodness and right guidance, I believe in Allah who created you).

(O Allah manifest this new moon upon us with safety, faith, security and Islam).

He increases spending in Ramadan, gives leeway to his debtors and lightens the load on his servants.

He makes much remembrance (dhikr) of La Ilaha Illallah and forgiveness (istighfar).  He asks Allah Most High for paradise and seeks refuge in Him from the fire.

He should not leave the blessed meal which is the pre-dawn meal (suhur) and should delay it.  He delays it to the last part of the night because it is from the practice of the Prophets (Peace be upon them).

He hastens to break the fast and should not pray Maghrib before breaking the fast.

He breaks the fast with something sweet, it being superior that it be with dates and if he does not have it then pure water.  The Prophet (Allah bless him and give him peace) would break his fast with three dates or something which was not cooked by fire.  It is said that he would break the fast in the summer with water and in the winter with dates, and supplicate at this time with his most important needs.

He would say at the first mouthful يا واسع المغفرة إغفرلي

He should not join between his lunch and dinner when breaking the fast so as to not be deprived of the reward of fasting and the benefit of fasting being nullified, which is to conquer the ego which orders with evil.