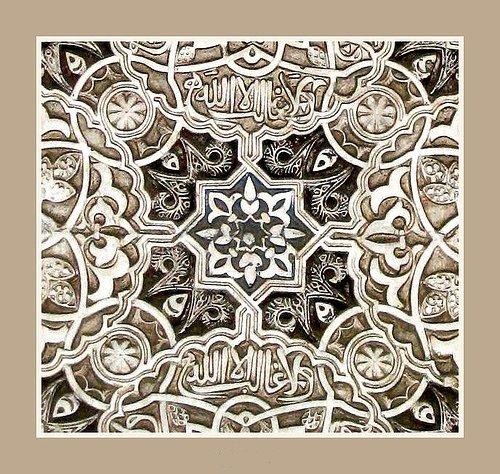 Salam.  Please find below some brief selections from Imam al-Habshi’s commentary on his teacher Imam al-Haddad’s poem called ‘al-Wasiyyah’.  Please note that it is a rough draft and not a literal translation, and that the original commentary contains much more material from which the following has been presented in an abridged form.  The following is what I have selected from Imam al-Habshi’s commentary (pg. 342 onwards) on line 36 of the poem (kindly translated by Sidi Amin Buxton):

36. He is, however, repentant of what he has done

And has come to You acknowledging his sins, fearing Your wrath.

Know that repentance (tawbah) is an immense rank of the religion, and it is the first station of the spiritual travellers (salikin).  Its meaning is to return back from that which is censured in the divine law to that which is praiseworthy in it.

It (repentance) is not the uttering of the slave with his tongue أستغفر الله و اتوب اليه without remorse in the heart and without abandoning the sinful act.  Rather this is supplication (dua) and remembrance of Allah (the Exalted), by which reward is attained for the one says it.

And from delusion and stupidity is the hoping for forgiveness and paradise without striving in acts of obedience, and without leaving sinful acts, and without a correct repentance from them to the Knower of the hidden.

He (the Exalted) said:

Or do those who earn evil deeds think that We shall hold them equal with those who believe and do righteous good deeds [al-Jathiyah:21]

If this is known then there are three conditions for repentance:

First: Remorse in the heart for previous sins

Second: Abandoning the sin, which is leaving it immediately

Third: Resolve with the heart that he will not return to the sin for the rest of his life.

If the sin involves the servants (of Allah) a fourth condition is added which is:  The redressing of any injustice.

If the injustice was in relation to a person it is necessary to enable him to retaliate (qisas).

If it is in relation to wealth it is compulsory to return it, or to be absolved of it, and if the person is not alive then from his inheritor.

Likewise it is compulsory that if he has left any of the necessary obligatory acts, such as the prayer, zakat, that he rectify that which he has missed by making up according to his ability.  And that he generalises his repentance for all sins, even if it is correct (to specify) one sin and not another.

If he does all of this, then he should be between fear and hope, hoping for acceptance out of Allah (the Exalted’s) kindness and generosity.  And fears non acceptance, fearing that he has not completely repented as he was ordered by Allah (the Exalted).

It is reported that Sahl bin Abdullah al-Tustari (Allah the Exalted have mercy on him) was questioned regarding a man who repents from a thing and leaves it, then afterwards a thought of it occurs in his heart, or he sees it, and hears about it and senses a sweetness?

He replied (Allah the Exalted have mercy on him):

The sensing of sweetness is human nature, there is no strategy/approach except to raise his heart to his Lord with complaint, and to reject it with his heart, and persevere himself in rejecting it, and not do it.  And to supplicate to Allah that he forgets it immediately, and that he busies him with other than it with an act of obedience to Him.

Allah (the Exalted) has said:

And turn you all together in repentance to Allah O believers, that you may be successful” [Al-Noor:31]

And Glorified is He said:

O you who believe! Turn in sincere repentance to Allah. [al-Tahrim:8]

And it is reported:

The Prophet (Allah bless him and give him peace) said:

Glad tidings to the one who finds in his records (sahifah) much seeking of forgiveness (istighfar).

And he (upon him be blessings and peace) said:

The proof of Islam (Allah have mercy on him) said:

In the reports/narrations is that which indicates that a sin if followed with eight acts, then forgiveness from it is hoped for:  Four are from the acts of the heart:  Which are: repentance or resolve to repent, love of abandoning the sinful act, fear of being punished for it, and hope of forgiveness.

Four are from the acts of the body, they are:  prayer of two units or more, seeking forgiveness (istighfar) seventy times, and saying:  سبحان الله وبحمده one hundred times, charity and fasting.

And in some reports/narrations: wudu and entering the masjid

A righteous act if it does not atone for the sin, it lightens it.