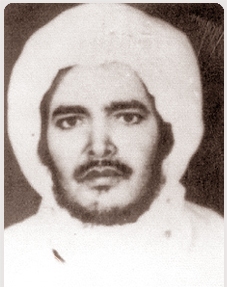 Salam. Please find this brief biography of an author of one of my favourite books (which is the commentary on Imam Yusuf al-Nabhani’s work on the Shamail), Inshallah you will find a couple of posts on this blog from the wonderful commentary of Sh Abdullah bin Saeed al-Lahji.  His student Sayyid Muhammad bin Alawi al-Maliki has written a more detailed life sketch of this great scholar in his introduction to this commentary which is well worth a read, not least for the personal accounts from the Sayyid of the care and attention paid to him by Sh Abdullah who was a student of his father, and was entrusted by him to intensively tutor his son on an individual basis.

Sayyid Maliki also fondly recollects that after their series of lessons during the day he would accompany Sh Abdullah to the Masjid al-Haram to attend the lesson of his father Sayyid Alawi, going on to point out that as a young man in this circle Sh Abdullah was the person who first suggested to his father that the young Sayyid Muhammad should read in the lessons.  We ask Allah (the Exalted) to enable us to benefit from Sh Abdullah’s students.  Ameen.
***
Name: He is Abdullah bin Saeed bin Muhammad Ubadi al-Lahji, from Hadramawt and then Makkah.

Birth: He (Allah have mercy on him) was born in the village of Nawbah Iyad in the district of Lahj in Yemen in the year 1343 Hijri.

Upbringing: He was raised under the care of his father, he memorized the Quran and some texts (mutun) with his father, who then sent him to the city of al-Hawtah to study with Ustadh Hasan Abdullah Ibrahim, with whom he studied the basics of writing, mathematics and the memorization of various texts, this was until the year 1354 Hijri when his father passed away.  He took over his fathers duties in the masjid in terms of giving the call to prayer, leading the congregation and delivering the sermons.  However he would give preference to others to lead the prayer in his place due to his humility.

His Students: The Sheikh had a number of students from different parts of the world, perhaps the most well known of them being Sayyid Muhammad bin Alawi al-Maliki, the Mufti of Dubai, Sayyid Dr Ahmad Abd al-Aziz al-Haddad and his father, Sh Abd al-Qadir Abwan al-Shar’abi, Sayyid Muhammad Hussein Hashim al-Qadimi and his brothers, Sh Abd al-Hadi Muhammad Umar Hudhayl and his sons, Sayyid Ahmad al-Ruqaimi, Sayyid Qasim al-Ahdal and many others.

His Lessons: He along with other scholars taught in the Masjid al-Haram, his circle taking place between the ‘Bab al-Nadwah’ and ‘Bab al-Shami’.  Likewise lessons took place in his home as was the custom of the Makkan scholars.  His teaching duties can be outlined as follows:
1- Teacher in the Masjid al-Haram
2- Teacher in the ‘Madrassa al-Fakhriyyah’
3-Teacher in the ‘Dar al-Ulum al-Diniyyah’ (2 years)
4-Teacher in the ‘Madrassa al-Sawlatiyyah’ (23 years)
In addition to the above he was the personal tutor for Muhaddith of the Hijaz: Sayyid Muhammad bin Alawi al-Maliki for two years (1388-1389), this daily intensive individual tuition was organised according to the instruction of Sayyid Muhammads father, Sayyid Alawi.

In addition to the above he had a number of short poetry and notes on various works.  He left behind a large library which is with his son Ahmad.

Passing Away: Sh Abdullah bin Saeed al-Lahji (Allah the most High have mercy on him) passed away in the al-Nur hospital in Makkah at 10-30pm on Saturday night in the year 1410 Hijri.  He was buried in the al-Maala graveyard after the Zuhr prayer, next to his beloved teachers Sayyid Alawi al-Maliki and Sayyid Muhammad Amin Kutbi, may Allah encompass them all in His infinite mercy.  Sh Abdullah was aged 67 and was survived by two sons, Muhammad and Ahmad, and three daughters.