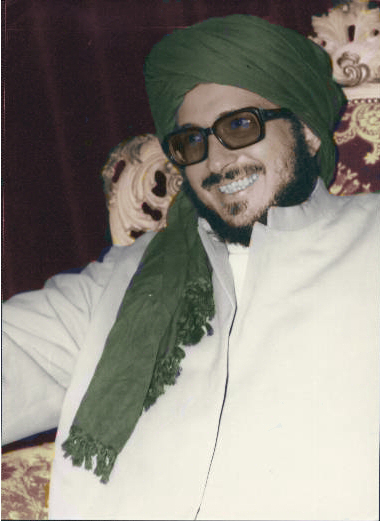 Salam. A custom handed down to us from older generations is the asking someone (whom we know very well) setting out to visit Madinah the illuminated to convey our greetings (salam) to Messenger of Allah (Allah bless him and give him peace).  This alhumdulilah is a practice which appears to have been transmitted from the earlier Muslims down the generations till our time.  I found the following in the book of one of the recent giants of hadith scholarship in the Hijaz, Sh Muhammad bin Alawi al-Maliki. He said in his ‘Al-Ziyarah al-Nabawiyyah Bayn al-Bidiyyah wal-Shariyyah’ (p.71-72):

“Al-Bayhaqi reports in ‘al-Shuab’:…Hatim bin Wardan that he said:  Umar bin Abd al-Aziz would send a messenger to Madinah to deliver salam from him to the Prophet (Allah bless him and give him peace).

…From Yazid bin Abu Saeed al-Mihri that he said:  I came to Umar bin Abd al-Aziz when he was Khalifah in al-Shaam. When I bade him farewell he said: I have a need from you, when you come to al-Madinah you will see the grave of the Prophet (Allah bless him and give him peace), deliver my salam to him.

Muhammad bin Ismaeel bin Abi Fadayk said:  I narrated this to Abdullah bin Jafar, he said so and so informed me that Umar would send it via a messenger from al-Shaam.  (As in ‘al-Jami li Shuab al-Iman’ 8/100-101).

Al-Khafaji and Mulla Ali Qari mention in the commentary of ‘al-Shifa’ that it was reported by Ibn Abi Dunya and al-Bayhaqi in ‘al-Shuab’.