Shah Waliullah And His Link To The Ba-Alawis 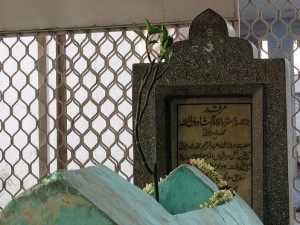 Please find below a brief article which I have finally had the chance to publish now.  As many of you will be aware, recent years have seen the growing popularity of the Ba Alawi order in the West, more specifically amongst young people whose background is from the Indian Subcontinent.  Muslims from the Indian Subcontinent have traditionally been linked to the more widely spread Indian orders such as the Naqshbandi, Chishti, Qadiri and others (keeping in mind the Ba Alawi link to the predominantly Shafi south of India)..  Thus the recent rise in numbers of spiritual aspirants adopting the Ba Alawi way may be regarded by some as a shift from the more established Indian orders.

I was therefore interested to find that Shah Waliullah al-Dihlawi in his ‘Al-Initbah fi Salasil al-Awliyah’ makes mention of his link to the Ba Alawi order.  The relevance of this link becomes all the more significant in light of the fact that many if not all of the chains of narrations for hadith in the Indian Subcontinent link back to Shah Waliullah.  I remember a scholar describing this widespread scholarly link along the lines of, “Shah Waliullah is a tree, the branches of which are in all the houses of India’.

We could perhaps say that the Ba Alawi scholarly link to the Indian Ulema has existed for some time, but that aspects of it have only recently emerged generations later with children of immigrants from the Indian subcontinent.  The information contained in this article might also interest those scholars who have graduated from Madaris, and whose isnad links to Shah Waliullah, and might have been unaware of this link.

I would like to thank Sidi Amin Buxton for his valuable help in suggesting corrections for the translation, unfortunately the edition of the Intibah that I obtained appears to be an old Indian edition filled with scribal errors.  I would also like to thank Sidi Tahseen Khan for his help in locating a copy of this work.  Note:  I have tried to correct this passage as much as possible, including the dua in Arabic, however this still requires some attention.

The Madyaniyyah Order has many branches.  Amongst them very famous in Morocco is the Magharibah branch and in Hadramawt the Aydarusiyyah branch from the line of Sayyid Abdullah Aydarus Kabir.  This needy one is connected to each of them.”

Shah Waliullah mentioned some of his chains, and then went on to say:

“This needy one received this order from Shaykh Abu Tahir

From Shaykh bin Abdullah al-Aydarus who is buried in Ahmadabad

From his uncle Sayyid Abu Bakr al-Aydarus from Aden

From his father the Qutb, Sayyid Afif al-Din Abdullah al-Aydarus the senior figure to which the Aydurusiyyah branch is attributed

From his uncle Sayyid Umar al-Mihdar

From his father [Ali bin Alawi]”

Shah Waliullah after citing a chain of this order said (p.134):

I say: Sayyid Abdullah al-Haddad has an anthology of poetry which is extremely fine and eloquent, it is predominantly regarding good counsel and spiritual travelling (suluk).  I was handed some of its odes (qasaid) by his grandson Sayyid Abdullah al-Aydarus wal Aydarusi.

I say: I was informed by a group from the noble Aal Ba-Alawi from amongst them Sayyid Abdullah bin Jafar Mudhar (u: Mudbar) that the noble Aal Ba-Alawi generation to generation continue to advise the reading of ‘al-Ihya’, its memorisation, acting upon that which it contains and continuity upon its awrad.  Their madhab in belief (aqaid) is the madhab of Ahl al-Sunnah wal-Jama’ah, their school in law is the Shafi school and their madhab in spiritual travel (suluk) is steadfastness upon that which is in ‘al-Ihya’, and Allah knows best.”