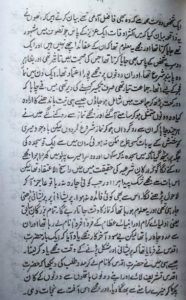 Shah Waliullah and the topic of istighatha can be confusing.  You have the anti-istighatha scholars usually citing passages from his Hujatullah al-Baligha and at times other disputed works which seem to support their argument.  Yet when you read works of Shah Waliullah such as the Anfas al-Arifin you get a totally different impression, as it contains a number of pro istighatha anecdotes and comments, some of which have been presented on this site.  So which is the real Shah Waliullah?  I had been thinking for some time that the written words of a scholar can be misinterpreted and misrepresented by parties seeking to validate their own views, and that a record of the personal practice of an individual is often the best means to understand their view on an issue.  I was therefore overjoyed to some time ago come across the authorised biography of Shah Waliullah which was penned by his close disciple, and which happens to shed light on the issue of istighatha in such as a decisive way that only a stubborn partisan fanatic would engage in intellectual gymnastics to refute it.

“A person named Muhammad Yusuf, who was a learned and pious mystic (darwesh) person narrates from a person named Dost Muhammad who was also a pious learned (fadil) person who narrated the following incident:

I would usually go to a person who I was close to who was well known in tasawwuf but regarding whom I knew that his beliefs (aqaid) were not good. I would also go to another person whose company I found beneficial and outwardly he conformed to the sacred law (shariah), and I had full trust in both of them.

One day I got up for the Fajr prayer and the congregation was ready and about to begin, I wished to pray 2 units and then join the congregation, however just as I had formed my intention for this that both of these Shaykhs forms manifested in front of me and attempted to prevent me from praying. I wished to get rid of them and begin the prayer but despite my attempts I was unable to do so. One of the Shaykhs sat down at the place of prostration (sajda) in order to prevent me from prostrating. The other Shaykh stood next to me* and was preventing me…when I found I was unable to do anything I began to recite, ‘La Hawla…’ but I did not find this beneficial to my predicament. I was increasingly becoming more distressed and was aware that the time for the prayer was running out.

I then began to individually recite the names of the pious folk of the past, meaning the noble awliyah and great Prophets and seeking help from them. I then remembered that Hazrat-e-Aqdas (Shah Waliullah) had once said that at a time of distress or difficulty remember my name. As soon as I had called out/took the name of Hazrat-e-Aqdas and sought help from him that I saw that Hazrat-e-Aqdas appeared and with his two hands took both Shaykhs by the ear and banished them and saved me from this tribulation.

I thanked Allah for this and busied myself with the prayer, and this incident was a reason for my increased veneration of Hazrat-e-Aqdas.”