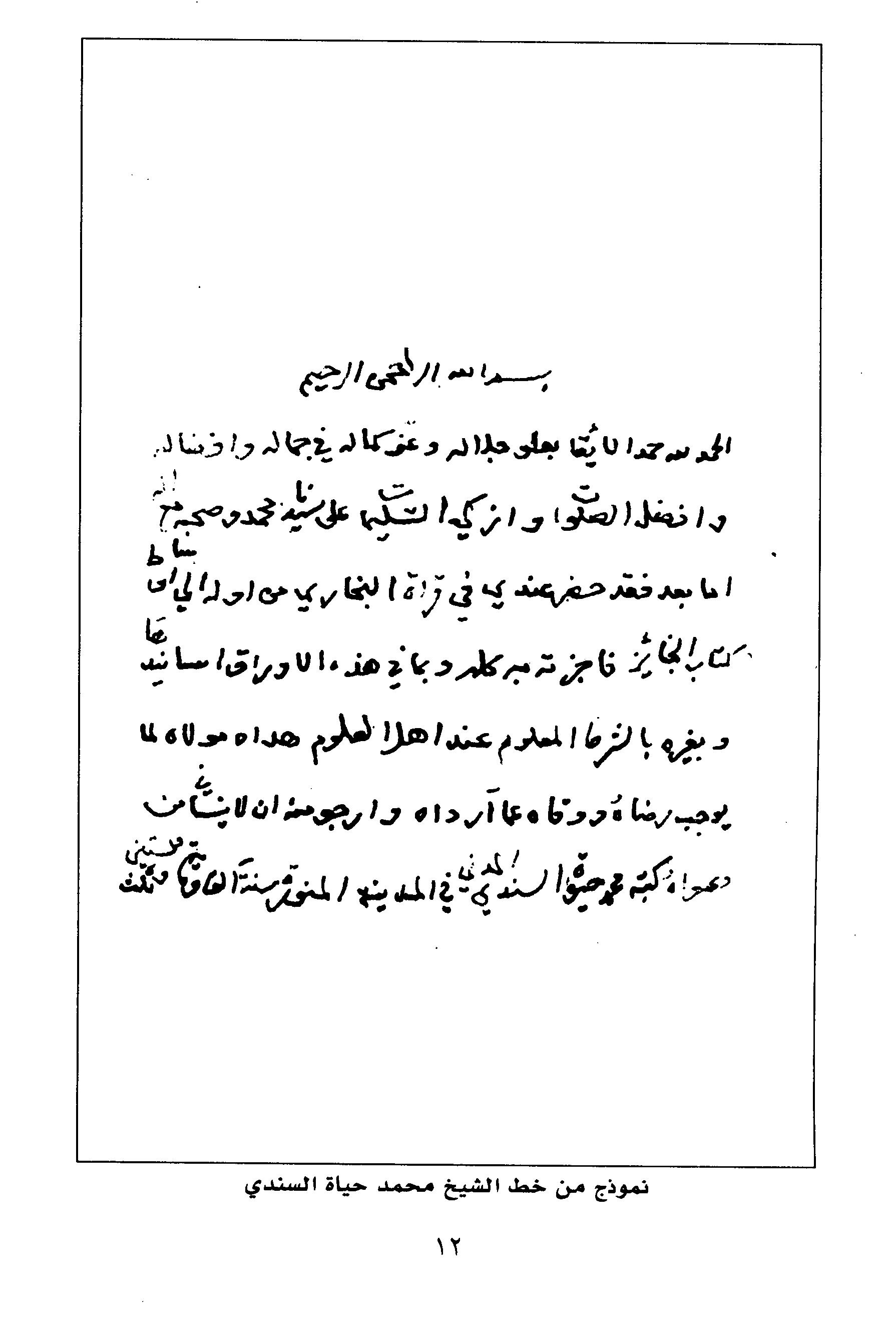 I was delighted to come across the commentary on the Hikam of Imam Ibn Ataillah by none other than Shaykh Muhammad Hayat al-Sindi, a scholar respected in Salafi circles, and whose works have received editions from Salafi publishers.  The image above is of the handwriting of the Shaykh himself (Allah have mercy on him).  I thought this extract (p.28-29) below may be of benefit  Note: Text of the Hikam is in bold.

“Your seeking from Him with your your thinking that if you do not seek from Him He will not give Is an accusation against Him In that which He has guaranteed and promised.  And this (accusation) is a great sin.  Seek from Him manifesting your poverty and need of Him along with your conviction that which is promised for the slave will no doubt reach him.  Supplication (dua) is the essence of worship due to its consisting of manifesting need and poverty which are necessary for complete humility in slavehood.

And your seeking Him due to your absence from Him Despite his being closer to you than the jugular vein, He is with you where ever you are.  Open the eye of your inner sight and you will see him with you.  When was he absent from you such that he needed to sought?  When did He leave you such that He had to be searched for?  You are a veil for yourself, so remove it and you will find Him with you.