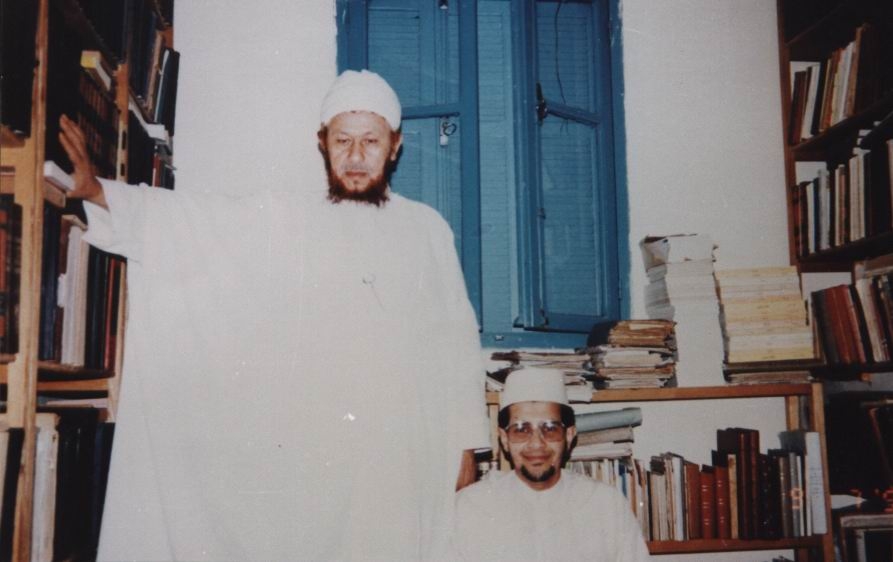 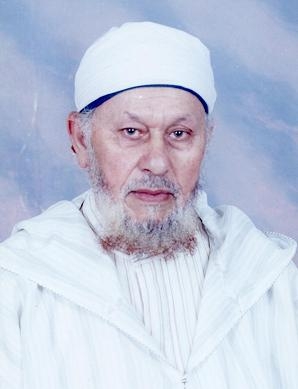 Salam.  Please find below a brief biography for Shaykh Abdullah bin Abd al-Qadir al-Talidi who currently resides in Tangiers in Morrocco.  As mentioned previously he is described by some as a ‘Salafi Sufi’, mainly due perhaps to his not following strictly following a madhab in fiqh (he has written his own fiqh matn which is not linked to any madhab).  At the same time he is a Shaykh of the Shadhili order and believes in the permissibility of tawassul, the concept of bidah hasanah etc. Jazakhallah khair to Sidi Faruq Uslu for the pictures of Shaykh al-Talidi.

Biography
He is the one needy of his Lord, Abu Muhammad and Abu Futuh, Abdullah bin Abd al-Qadir bin Muhammad al-Talidi.

He was born in the village of  ‘al-Saaf’ in the area of Tetuan on Saturday the 15th of Shaban in the year 1347.  He migrated with his father and rest of the family to the city of Tangiers (Tanjah) whilst not 10 years of age.

He memorized the Noble Quran at an early age whilst still a child with his Sheikh Abd al-Salam al-Shaqaq, along with reciting it with a number of other specialists in recitation.  He studied the sacred sciences in the mosques of Tangiers for a period of 8 years, all of which involved a indepth study of a number of texts with the major scholars of the city and those scholars who passed through it.

Allamah Muhammad al-Zamzami bin al-Siddiq: ‘Bulugh al-Maram’ and a portion of ‘Lub al-Usul’, and heard from him a number of his public lessons.

He travelled to Fes and studied with

His stay in Fes was not lengthy due to the instability created by the french colonial occupation.

After this he travelled to ‘Silaa’ where he studied with Hafidh Abil Fayd Ahmad bin Siddiq, he read to him some of the books of hadith and benefitted greatly from him on the science of hadith until he left for Egypt for the last time.

His Sheikhs by Way of Ijazah
He has received Ijazah from a number of notable scholars, amongst them being:

Teaching: Sh Abdullah al-Talidi after his period of studying stayed mainly in the confines of his home, spending the time studying various Islamic sciences, languages, history and philosophy.  He has a natural inclination towards the sciences of hadith, tafsir, fiqh and tasawwuf.  He has a mosque in which teaches the various Islamic sciences and delivers the friday sermon for more than 25 years.

He has delivered lesson to students in the mosque of Sayyidi Bu Ubaid and Bu Iraqiyyah for some time, aswell as delivering lessons in Tetuan, Marteel, Shafshawan, al-Nazur and many other villages.

In addition he has had the privilege of teaching in the Masjid al-Nabawi al-Sharif for a number of years during the season of Hajj aswell as a number of countries of the Arab world such as Iraq, Kuwait and Algeria.

Sh al-Talidi states that he is Salafi in Aqidah and in terms of his fiqh is upon the madhab of the people of hadith, along with respect for the rest of the Imams and scholars.  He supports and ascibes himself to the true Sufi’s and calls to their being followed, whilst at the same time disavowing the false claimants to sufism.