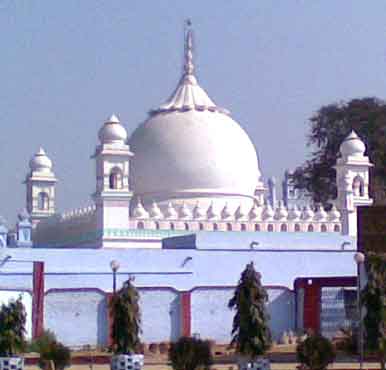 Salam.  I found the following brief biographical entry for the spiritual guide of Mawlana Ahmad Rida Khan which I wanted to share with others who might find it of interest.  This same scholar was mentioned by Mawlana Ahmad Rida himself in his Ijazah to Shaykh Abd al-Hayy al-Kattani mentioned elsewhere on this blog.  Hakim Abd al-Hayy al-Hasani said:

He was from the Sufi scholars, he was born and raised in Marehra and began studies from a young age.  He took hadith and the spiritual path from his grandfather Sayyid Aal Rasul.

He has a number of works in the furu and usul, amongst them being:

He passed away with 11 days of Rajab having passed in the year 1324.