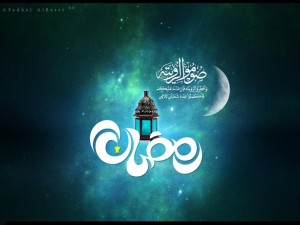 With Ramadan fast approaching again the controversial issue of moonsighting tends to crop up.  I have written about it elsewhere on the old blog, and to be honest cannot really understand why the global sighting view is not pointed out as being a valid Hanafi position (and why it is condemned so vociferously in some Hanafi circles despite its being preferred by numerous eminent Hanafi ulema).

I found the following discussion in preference of the local sighting position from Shaykh al-Uthaymeen in his commentary entitled ‘Sharh al-Mumti‘ on the Hanbali fiqh text ‘Zad al-Mustaqni‘.  In summary he prefers the local sighting position in the course of discussing other views on the issue; and interestingly seems to also suggest the practice of some mosques in the UK to refer to Morroco’s sighting when deciding about the start of the month.  He said in ‘Sharh al-Mumti‘ (6/309):

“The second opinion: It is not incumbent for the one who see’s it (the moon), or is included in their legal ruling due to the same sighting zone for the crescent.  If the sighting zone is not the same then the fast is not incumbent.  Shaykh al-Islam (Allah have mercy on him) said: The sighting zones for the crescent differ by agreement of those knowledgeable of astronomy, if they are the same then fasting is incumbent, and if not then it is not.  And they deduced (this position) from legal texts (nass) and analogy.

2-His (Allah bless him and give him peace): ‘Fast when you see it, and break your fast when you see it’. [Al-Bukhari 1909]  The order for fasting was conditioned by witnessing, and he who differs with the one who saw it on the sighting zone it is not said that he saw it, not in reality nor in terms of legal ruling.

3-The hadith of Ibn Abbas (Allah be pleased with them both) which contains that Umm Fadl bint al-Harith sent Kurayb to Muawiyah in al-Shaam.  He came to Madinah from al-Shaam at the end of the month and Ibn Abbas asked him regarding the crescent, so he replied: ‘We saw it on Thursday night’ Ibn Abbas replied: ‘We however saw it on the Friday night, we will continue to fast until we complete the 30 or we see it (the crescent)’.  He said to him: ‘Is the sighting of Muawiyah and his fasting not sufficient for you?’ He replied ‘No, this is what the Messenger of Allah (Allah bless him and give him peace) ordered us to do’. [Muslim 1078]

As for analogy then it is because the Muslims differ over daily timings due to legal texts and consensus (ijma).  When dawn breaks in the East it is not incumbent to the people in the West to halt (eating and drinking etc).  This is due to His (Most High’s) words: ‘Eat and drink until the white thread becomes evident from the black thread’. [Al-Baqarah:187].  And if the Sun set in the East then the people in the West do not break their fast.  Just as the Muslims differ in their daily eating and fasting they should also differ in their monthly fasting and easting, and this is a clear analogy.

And this opinion is the stronger (rajih) opinion, and it is that which the verse indicates towards.  It is thus that the people of knowledge have said:  If the people of the East see it (the crescent) it is incumbent on the people in the West who are level with them to fast, because their sighting zone is the same.  And because the crescent, if it is after the Sun in the East, it will be more so in the West, because the orbit of the Moon is slow, as He (Most High) said: ‘And the moon when it follows it’. (Al-Shams]”

The Shaykh then went on to discuss some other opinions on the issue including the following of those in authority in Muslims countries regarding the sighting of the Moon.  He then addressed the issue of Muslim minorities living in Non Muslim countries and said:

“Issue:  Muslim minorities in non Muslim countries, if there is an Association, Office or Islamic centre, then they follow its decision/announcement.  And if this is not the case they choose, and the best is that they follow the country closest to them’.”