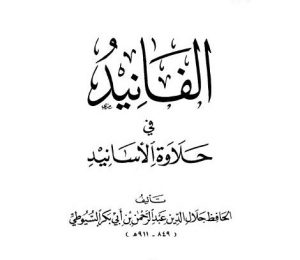 Hadith Chain Containing Four Female Companions: 2 of His Wives and 2 of His Step Daughters

“The Messenger of Allah (Allah bless him and give him peace) woke up with his face reddened saying: There is no god except Allah! Woe be to the Arabs from an evil which has drawn near. Today the barrier (radam*) of Yajuj and Majuj has opened, and he gestured with his hand with the ten gesture.
I said: O Messenger of Allah, would we be destroyed even if the pious are amongst us?
He said: Yes, if corruption becomes prevalent.”

Imam al-Suyuti narrates with his chain to Abdullah bin Masud (Allah be pleased with him) that he said:  The Messenger of Allah (Allah bless him and give him peace) said, “I saw Ibrahim al-Khalil (Upon him be peace) the night of the Isra.  He said: O Muhammad! Convey my greetings to your ummah and inform them that the soil of paradise is fertile and its water is pure. It is * and planting therein is the statement: SubhanAllah, Wal-Hamdulillah, La Ilaha Illa Allah, Allahu Akbar and La Hawla wa la quwwata illa billah.”

Mujam al-Kabir of Tabarani (10363), it was narrated by al-Tirmidhi without the Hawqalah and said:  This is a Hasan Gharib hadith via this route from Ibn Masud.

Hadith Chain Containing 5 Companions Narrating from Each Other

Imam al-Suyuti with his chain to: Abdullah bin Amr bin al-Aas from Uthman bin Affan from Umar bin al-Khattab from Abu Bakr al-Siddiq from Bilal (Allah be pleased with all of them) who said: The Messenger of Allah (Allah bless him and give him peace) said, “Death is an expiation for every Muslim.”

Imam al-Suyuti with his chain: Saib bin Yazid from Abd al-Rahman bin Abd al-Qari from Umar bin al-Khattab (Allah be pleased with him) that he said: The Messenger of Allah (Allah bless him and give him peace) said, “Whoever misses something from his wird -or he said Hizb – from the night and he recites it between the Fajr and Zuhr prayer, it is as if he recited that night.”