The Story Behind the Dalail al-Khayrat 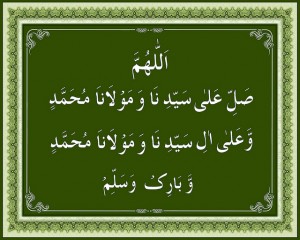 As mentioned previously I was fortunate enough to be involved in the publishing of 2 brief works on the Dalail al-Khayrat for private distribution. I thought it might be useful to post the contents of the booklet online, especially as it does not look likely that we will be publishing these booklets for sale.  Some readers had been asking about the contents of the work regarding the Dalail, we hope that the information  presented in these series of posts dedicated to this blessed work will be of benefit in gaining a deeper understanding of this text.

The story behind the Dalā’il al-Khayrāt is one which has been cited by numerous scholars in their works; all of them serving to highlight the spiritual importance and benefits of this blessed work. Shaykh Yūsuf al-Nabhānī detailed the story as follows saying,

“My master, the knower of Allāh, Shaykh Aḥmad al-Ṣāwi al-Miṣrī in his commentary on the ṣalawāt of his Shaykh, the Quṭb al-Dardīr, -which was copied from him by our Shaykh Ḥasan al-ʿAdawī in his marginalia on the Dalā’il al-Khayrāt -said that he [al-Jazūlī] authored it in Fez.  The reason for its being written was that the time [for prayer] entered upon him-meaning Imām al-Jazūlī-.  He stood up to make ablution but did not find anything to take out the water from the well.  Whilst in this state a young girl saw him from an elevated place, she said to him, ‘Who are you?’  He informed her so she replied, ‘You are the man that is praised as being good, but is perplexed as to how to take out the water from the well?’  She then spat in to the water which rose up till it was level with the ground.

After he had performed his wudu the Shaykh said to her, ‘I implore you to tell me, how did you attain this station?’  She replied, ‘By sending blessings upon him whom beasts lovingly followed as he walked through the wilds (Allah bless him and give him peace).’

He [al-Jazūlī] then took an oath that he would author a work on sending blessings upon the Prophet (Allah bless him and give him peace).”[1]