Use Of The Term ‘Khuda’ 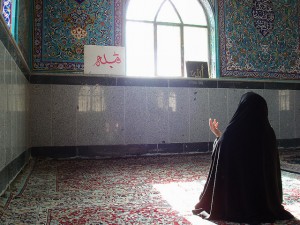 Those readers from an Indo-Pak background will be familiar with the use of the term ‘Khuda‘ for the name of Allah (Most High) in everyday speech. I was recently reading something regarding its being permissible to use this name, as its original meaning in Persian does not contradict with Muslim beliefs. None other than the great Imam al-Razi in his Tafsir al-Kabir (1/170) had the following to say about the origin of this word,

Their statement in Persian “Khudayi” means that He is necessarily existent (wajib al-wujud) due to His essence. This is because or statement “Khudayi” is a compound word made up of two Persian words. One of them is “Khud” which means: the essence of something, its person and its reality.

The second is “Ayi” whose meaning is: He came.