Who Is Superior: Letter From Maqamat-e-Mazhari 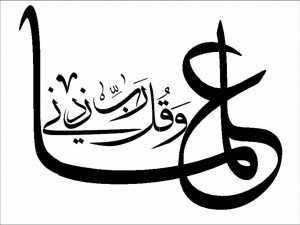 Reading through the Maqamat-e-Mazhari the following caught my attention.  The extract below is taken from a letter where Shaykh Mazhar Jan-e-Janan was questioned regarding whether Shaykh Abd al-Qadir al-Jaylani or Shaykh Ahmad al-Sirhindi was superior (Allah be pleased with them both).  I hope to update this draft at a later point inshAllah. The letter is found on pg.441-442 of the work, it states:

After Praise (Hamd) and Salutations (Salat)  please find from a response from the needy one Jan-e-Janan .  I received your request for attention, in which you asked that who had attained greater superiority from between the Qayyum Rabbani Mujaddid Alf Thani [Shaykh Ahmad al-Sirhindi] and Mahbub Subhani Shaykh Abd al-Qadir Jaylani (Allah be pleased with them both)?

Makhdum! Superiority is of two categories, partial and absolute.  It is clear that your question is not regarding partial superiority, and absolute superiority is based solely on closeness to God.  Its relation is to the inward and the intellect has no role in it…it is also clear that both saints blessed existence came after the revelation of the Quran, Sunnah and consensus, and these three sources of the sacred law are silent regarding this matter.   Spiritual unveiling (kashf) is open to error, and is not a proof upon an opponent.

The statements of the murids are not relied upon because murids have love for their Shaykhs which reaches the level of excess.  Nor do we see any person of spiritual unveiling (kashf) who can fully comprehend the perfections of both these saints and can give a definitive answer on the absolute superiority of one of them.  Therefore the best means of safety is to resign the matter to the Divine Knowledge and these useless discussions should be avoided.   And one should hold the belief of the excellent qualities of both these saints…”