Why Make Taqlid Of Only One Madhab? 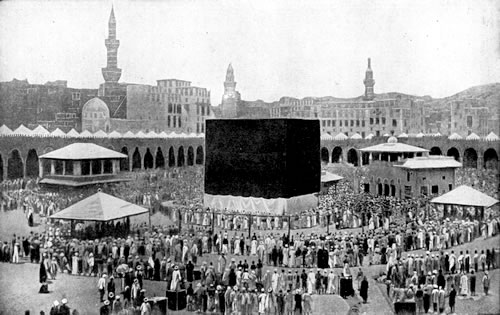 Recently someone raised the issue of the evidences for the common person making taqlid (following qualified scholarship) of a Madhab (school of law).  This query is still a common question asked by many educated people who take an interest in their religion, whilst also feeling  uneasy with the concept of adhering to one Madhab.

I hope to present a couple of posts on this topic from a work on the issue by Shaykh Abd al-Fattah al-Yafi’i, the post below mentioning the reasoning for adherence to one Madhab cited by some scholars, and the next (Allah willing) briefly mentioning the classical legal authorities who endorsed this view.  And success is from Allah (Most High) alone.

The scholars who forbid a person from leaving their Madhab, and insist on the common person to adhere to only one generally cite the reason of: Closing the means to legal anarchy by a person moving from one madhab to another, and taking the easiest position from each Madhab.

Imam al-Nawawi said in the introduction of  al-Majmu (1/93):

“Second: It is incumbent on him-to adhere to a Madhab- and it applies to all those from the jurists and scholars of all the sciences who do not reach the rank of ijtihad.  The reason for it is that if it was permissible to follow any Madhab he pleases it would lead to seeking out dispensations of the Madhab’s by following his desires.  Thus he would choose between the lawful and prohibited, obligation and permissibility, and that would lead to the freeing of the leash of legal responsibility.”

“That which this person says, [namely] that they (the Imam’s of Madhabs) did not have a single follower (muqallid) who would follow them in all that they said.  The answer to it is: If there was not a specific follower, did they have a hadith scholar who would lay down for them the principles of hadith criticism.  Authenticating some of them and weakening some of them, and people relying upon his authenticating, weakening, declaring [narrators] trustworthy and declaring them weak?
If you say: At that time there was no need for the science of [hadith] criticism due to the predominance of truthfulness and uprightness amongst people

I have narrated from Ibn al-Mubarak that he said:  al-Mutamar informed me saying:  My father saw me reciting poetry, he said:  My son do not recite poetry.  I said: O father, al-Hasan would recite poetry and Ibn Sirin would recite poetry.  He replied:  My son, if you took the ‘evil’ of what is in al-Hasan, and ‘evil’ of that which is in Ibn Sirin all evil would be gathered in you.  Sulayman al-Taymi said:  If you took the dispensation of each scholar you would gather in you all evil.
This is the reason for our forbidding of taqlid of anyone he wishes.  We do not say it is totally impermissible such that someone may cite the practice of the early Muslims as a proof against us.  When the taqlid of the Imams is such then what do you think of the permission to leave taqlid totally and act upon that which he views, or make taqlid of whom he wishes in that which he wishes.  Understand this and do not be from the arrogant quarrelsome ones.”

Al-Kayrawani also said on p.84 of the same work, under the subheading of ‘The secret of the impermissibility of leaving a Madhab for another Madhab’:

“And by the view of the jurists (fuqaha) it becomes clear, [namely] the impermissibility of leaving a Madhab for another Madhab because if this was due to finding a mistake with the Madhab he left-then he is not qualified to do this.
If this was due to preferring (tarjih) then he is also not qualified to do this, thus there is no reason for moving except desire or an invalid consideration.  Thus it is impermissible not least because this action will open for him the door of following desires.
If you say: If he is not from the people of preference (tarjih) then how can he choose a Mujtahid to make taqlid of and not another?
I say: The preference of a Mujtahid does not require a specific proof rather the leaning of the heart whom he chooses for Taqlid is sufficient, along with good opinion of him.  As opposed to preferring an issue over another which is based on an evidence and he is not from the people of deducing [from evidences].
Also a basis for the preference of a Mujtahid over another is due the first Madhab being widespread in his land, and ease of referring to the scholars and books of his Madhab as opposed to another.  And from this you see the Madhab of al-Shafi widespread in Egypt and Hijaz, the Madhab of Malik in al-Maghrib, the Madhab of Abu Hanifah in Persia, al-Rum, India and Sind and other places due to the large amount of scholars of these Madhahib in these lands.”