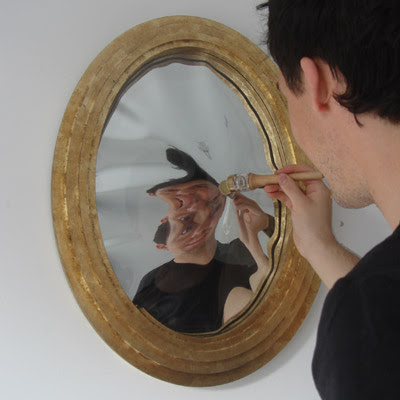 Salam
Every so often I come across parents and children, or siblings who in terms of physical appearance seem to be very different, such that one would not suspect them of being related in anyway. I am sure many of us will have come across such examples in our lives. I found this discussion on the art of ‘Qiyafah’ in the ‘Mawsuah’ for which I could not find an accurate English equivalent term. Needless to say it was used in the past, however its relevance in the modern world would seem to be of less importance due to the advances in technology which can ascertain to a high degree of accuracy the relationships between individuals.

Definition
Al-Qaif is a person who recognises signs/traits and can follow/trace them. He can identify the resemblance of a man to his brother and father. Imam Ibn Qudamah said in his work ‘al-Mughni’ (5/719): al-Qafah are a group who know/recognise a person by his resemblance (to others).

Legal Significance
The majority of the scholars excluding the hanafi’s hold the view that the opinion of the Qaaif can be acted upon to establish lineage if he is an experienced expert, this is in the scenario that there does not exist for a child any clear proof of lineage, or if two competing parties claim the child as theirs. [Tabsirah al-Hukkam (2/120) Nihayah al-Muhtaj (8/351) Matalib Ulu al-Nahi (4/269)]

A Hadith
From the hadith (in al-Bukhari 12/56 al-Fath) which mention the taking into consideration the view of a Qaaif is the narration of Aishah (Allah be pleased with her) that she said: The Messenger of Allah (Allah bless him and give him peace) entered upon me one day happy and said: O Aishah, do you not see that Majzaza al-Madlaji entered upon me and saw Usamah and Zayd whilst both of them had on them a velvet cloth which covered their heads and left their feet exposed. He said: These feet are from one another (ie. both these people are related).

Necessary Expertise
The scholars who accept the view of a Qaaif in legal cases mention that the view of one of them is sufficient to affirm the lineage of child, as they regarded as being similar to a judge (hakim). In addition to other conditions the Qaaif must be an expert in this field as this is a field which requires precise knowledge, experience and expertise in order to reach the correct judgement.

Who is An Expert?
One method to establish their expertise is to bring before him a child whose mother is not amongst the women also presented, this is done three times, then a child is brough forth with the mother present in the group of women. If the Qaaif is correct in his judgement on every occasion he will be regarded as being an expert.
[Hashiyah al-Zarqani (6/110) Tabsirah al-Hukkam (2/120) Nihayah al-Muhtaj (8/351) Hashiyah al-Qalyubi (4/349) Matalib Ulu al-Nahi (4/265) Kashaf al-Qina (4/239)]