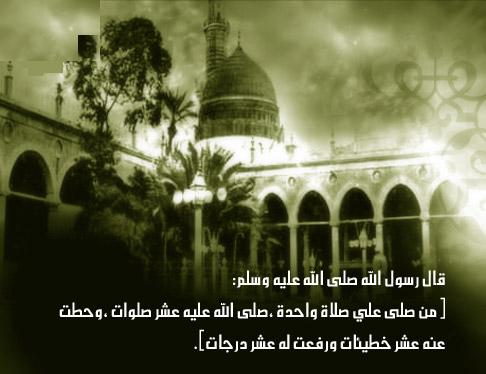 Salam.  As some of you may recall I had a post on Adab of Ziyarah according to Allamah Ibn Taymiyyah, followed by a post which mentioned Nawab Siddiq Hasan Khan’s Ziyarah of Madinah followed Insha-Allah by this one. It is still a rough draft in need of fine tuning, but I hope ithose who had the opportunity to read these three posts will see the place of the Ziyarah al-Madaniyyah (and in turn the blessed grave) in the hearts of Muslims from varying  scholastic schools.

Mawlana Zafar mentions a significant amount in his immense ‘Ilaa al-Sunan’ on the issue of Ziyarah, I selected the following brief extracts from the Dar al-Fikr edition:

Al-Izz said in ‘Kitab al-Illal’: (From) The ‘al-Suwalat’ of Abdullah bin Ahmad bin Hanbal from his father the narration of Abu Ali al-Sawwaf from him, Abdullah said: I questioned my father regarding a person who touches the pulpit (minbar) of the Prophet (Allah bless him and give him peace) and seeks blessings by his touching and kissing it, and does the same to the grave hoping of reward from Allah (Most High). He replied: There is no harm in this, likewise in that aswell.

What is strange from the Najdi’s with their being Hanbali’s is that they are harsh on this and severely forbid people from it, such that I saw a soldier from the people of Najd push with hand the chest of a woman who had kissed the window/grill (شباك) of the grave of the Prophet (Allah bless him and give him peace), she fell on her side and became uncovered whilst I was standing in front of the Prophet (Allah bless him and give him peace) sending blessings and peace upon him. There is no doubt that absorption in love causes this to be permitted for the one longing and yearning. For people differ in their levels in this, there are people who when they see him cannot control themselves but rather rush towards him, and people who are tranquil and stay at a distance. What is better than the statement of some of them:

I pass by these walls, the walls of Layla
And I kiss this wall and that wall
It’s not Love of the houses that has taken my heart
But of the One who dwells in those houses

This, and al-Nawawi said: It is not permissible to circle the grave of the Prophet (Allah bless him and give him peace), and it is disliked to attach the stomach or back to the wall of the grave, as was said by al-Halimi and others. He said: It is disliked to wipe it with with the hand and kiss it, rather etiquette is to be at a distance from it as he would be at distance from him if he was present during his lifetime. This is what is correct and what was said by the scholars and…, and he who thinks that wiping with the hand and its like is more thorough in blessing then this is from his ignorance and heedlessness, because blessing is in that which is in accordance with the sacred law and statements of the scholars. from ‘Wafa al-Wafa’.

I say: The common people should be forbidden from this to block the means (Sadd al-Dharaih), however there should not be harshness by beating and pushing in the chest for the one who cannot control themselves, when you have learnt of the scope of leeway in it. The visitor should also refrain from bowing to the grave when greeting, Ibn Jamah said: Some of the scholars said: It is from the innovations that the one who has no knowledge thinks is from honouring (tadhim). From ‘al-Wafa’.

Al-Nimawi said: It is a rare work, the likes of which has not been authored before, then Allamah Ibn Abd al-Hadi al-Hanbali rose to aid/defend his Shaykh Ibn Taymiyyah and authored a book in its reply calling it: ‘Al-Sarim al-Munki ala Nahr al-Taqi al-Subki’. Allamah Ibn Allan wrote a fine book in reply to the al-Sarim’ and called it ‘Al-Mubrid al-Mubki’. Many of the statements if the al-Sarim were refuted by our teacher Allamah Muhammad Abd al-Hayy al-Luknawi in his book ‘al-Sayy al-Mashkur’ which is a wonderful book on the issue of visiting the best of graves (sayyid al-qubur), may Allah make his words blessed and his efforts thanked. From ‘Taliq al-Taliq’

In the footnote on the same page of the Dar al-Fikr edition it says:

On the marginalia of the printed edition (10/516) it says: And where is the al-Sarim from the al-Shifa? The relation between them is as between the illness and its cure, and the earth and the heavens. The one who said this is truthful that: The name of the book is an embodiment (anwan) to that which it contains and its author, so understand this, and be just.